Best Denver Neighborhoods to Live In

Denver has over 70 neighborhoods that range from the trendy and modern to the historic and artistic. We’ll leave an official ranking to someone else, so what follows is simply our shortlist of neighborhoods that strike us as particularly inviting to the people we regularly place in tech jobs in Denver.  In general, these neighborhoods have comfortable personalities, plenty of recreational opportunities, and unique dining and nightlife opportunities.

Basically, if you’re considering a move to Denver and you’re looking for a place that will feel like home right away, these are the best places to start looking. 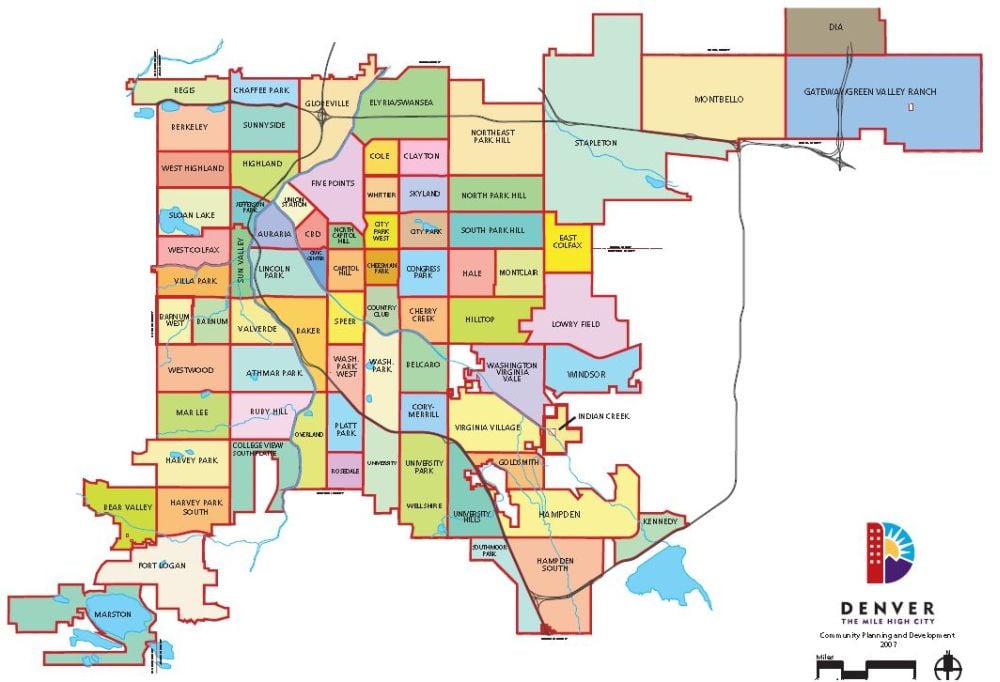 Washington Park – The Washington Park neighborhood (typically referred to as “Wash Park” by Denver residents) is south of downtown. Its advantages include Washington Park itself, which is one of the largest in Denver and a common attraction for runners, joggers, cyclists, and picnickers, and the popular hangouts on South Gaylord St.

Capitol Hill – Closer to downtown than Wash Park, Cap Hill is named for the Colorado State Capitol building, which resides in the neighborhood’s northwest corner. Cap Hill is the cultured home to many of Denver’s most popular music venues, like the world-renowned jazz club Dazzle, and the Denver Art Museum is at its center.

Uptown – Even closer to downtown than Capitol Hill, Uptown has its own repertoire of music venues, such as the Fillmore Auditorium and the Ogden Theater, and a wide variety of fantastic restaurants, such as Steuben’s and D Bar. Perhaps best for those that want to be able to walk into downtown or alternatively to the cultured shops on Colfax Ave, Uptown is home to many professionals that work in the city.

Louisville – Though technically outside of Denver to the northwest, Louisville has been voted one of the top small towns in the United States to live in and is a popular place to live, especially with the convenient commutes to Boulder, Broomfield and the Denver area. It offers great schools and a safe community for families.

Southmoor – South of Denver, Southmoor is a well-established family neighborhood with easy access to the light rail and I-25, which makes it easy to get downtown or further south to the Denver Tech Center where many tech businesses have their offices.

Congress Park – An older and affordable neighborhood, Congress Park is still only minutes from downtown yet offers close proximity to Cherry Creek, one of the most upscale parts of Denver. The Sie FilmCenter in Congress Park is a popular theater for catching independent and foreign films.

Lowry/Stapleton – Newer developments east of Denver, these areas have great schools and a clean suburban feel despite being close to the city.