A Dog Friendly Office Is A Better Office!

Posted on September 27, 2019 by BWBacon. Tagged: Colorado Culture, For Clients

Our team works out of the Batter621 space on Kalamath street just between the Lincoln Park and Baker neighborhoods of Denver. Not only is Batter621 one of the coolest amalgamations of passionate colleagues, adventurers, entrepreneurs, and architecture -- it also happens to be our favorite Dog-friendly office! The furry companions in Battery vary from tiny to big, yippy to yappy, goofy to shy, fat to skinny, and everything in between. We love each and every one of them but, it also turns out that furry friends in the office have some great benefits to people in that office.

So what does the science say about having "furry-family" in the office?

Now, let's meet a few of our favorite pups from Battery621. 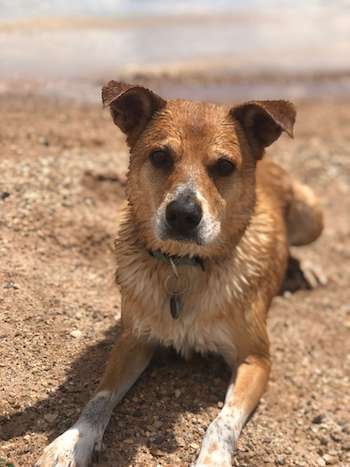 Funny Story - My wife was running with Jessie and she got hit by a truck (the dog not the wife) and ran away into the woods. The funny part is coming. Wife gets home just completely wrecked and freaking out. Couple minutes later Jessie just comes walking home. A little bit beat up and dirtied but overall not too bad. Rush her to the vet and during this time Allison basically goes into a panic attack. 911 call which was easy since the fire station is across the street. Long story short, dog was fine, the wife not so much. One tough mutt (dog not the wife). 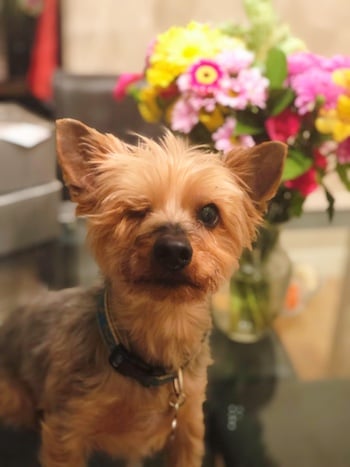 Spencer James (Spence) will be 9 in October! But unless I said that, you would never know. His consistent zeal for ball fetches, back scratches and all of the treats has not been lost in his ripe age. Spence spends his days napping with his nose in the sun, chasing his ball and grazing like a goat on absolutely anything he can find. As if he couldn’t get any cuter, Spence lost his right eye just over a year ago and his resilience reminds me daily that no matter what we face in life, we all have a choice and opportunity to carry on with a great attitude.

Favorite Spence Stories (Of course there are more than one for this little rascal):

Spence once ate leftover scallops, two cupcakes and a ½ a box of lucky charms in one swift sitting. Other than his tummy nearly dragging on the ground, he was completely fine. He has a stomach of steel and I am very proud of his ability to eat more food than his Great Dane girlfriend, Charlie.

Spence quickly learned in his hours of fetch a day that if he only runs ½ way back and kicks the tennis ball to his companion he can easily have a 10ft head-start on the ball in the next throw. His soccer skills are better than Rúrik Gíslason’s – he’s even cuter too! (Google him. He’s dreamy).

Spencer James was raised with German Shepards for his first four years of his life and if you hear his bark, you will now understand why he sounds the way he does. His parents were two teacup Yorkies (we even have his teacup certificate) but somehow Spence grew up to be a big gulp weighing in at just double the size we thought he would be at 12 lbs.

Kelsey thinks BWB is pretty damn lucky to be in his presence every day (we think so too)!

Funny Story - Winter Skittles Bacon, is known for her extremely mild manner. She is totally comfortable in a tutu skirt at a Halloween party while little kids scream in her face. She just sits there with a big doggy smile, she is one of the happiest and complacent dogs in existence. But sometimes her complacency gets her in trouble. There was one time where Winter in her very calm and quiet Winter-way was trying to let us know she needed to go to the bathroom. But, we happened to be in of our star clients offices so we were a little distracted. So instead of pressing the issue, Winter decided it would be smarter to just go try to relieve herself in one of the corners very quietly and calming... A close save and a quick sprint to the parking lot caused laughs for all. It could have have been a lot worse.

We hope you enjoyed this post on dog-friendly offices! Please let us know if you want to add your dog to this list with a funny story. We are always happy to highlight another good pup!