So, How Did BWBacon End Up On A National Geographic TV Show?

Posted on May 6, 2021 by BWBacon. Tagged: Resources for Candidates, Colorado Culture, For Clients

Sharing this story in its entirety is something our coworkers at BWBacon will probably do a hundred times to all of their new, doting friends, family, and subsequently, fans. We thought it was fitting that that story end up codified indefinitely, somewhere for us to reflect on, share, and laugh about it. If you’re wondering what the heck we’re referring to, it’s Race to the Center of the Earth on National Geographic TV, and three BWBacon team members are on the show!!

Flash back to 2019, Paul Montague Jr. had started with BWB in the beginning of that year, and was excelling at sourcing, recruiting, and even a little marketing. Among his many interests, Paul is a climber, snowboarder, avid cyclist, and general outdoor enthusiast. Completely unrelated to Paul’s weekend excursions, the producers of the original Amazing Race were brewing up something big. By mere chance, Paul had tagged a climbing photo of himself from 2017 with #racetothecenteroftheearth. As soon as the hashtag was claimed by the producers of the show in 2019, they found Paul's account. Soon after, they reached out to the then 24-year-old saying they were seeking another team for a new show. 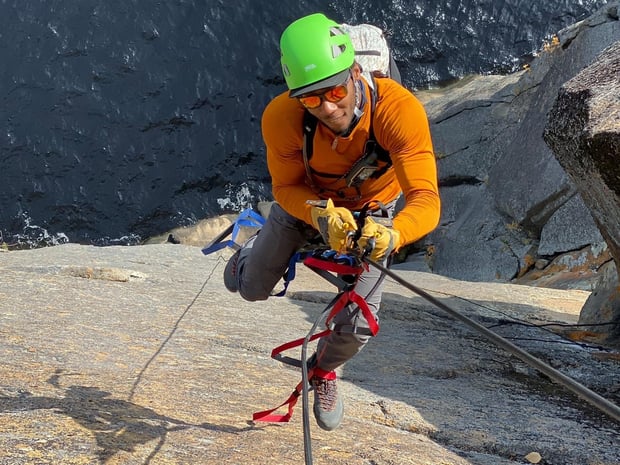 Even then, the details surrounding filming, location, and the other teams was on a high need-to-know basis. Paul took the first scouting call in the offices at Battery621, and was launched into a one-of-a-kind opportunity. He was told he had to select two other teammates, averaging older than him so the natural choice was none other than his reliable, outdoorsy, BWB teammates. After running the idea by Dave, and asking our Sales Manager, Mindy Murphy about their interest, the newly forged team was headed out on a flight to Burbank, California to be sized up by the Nat Geo TV team.

Though many other teams could have been the final choice for the 4th team for Race to the Center of the Earth, the producers selected our now famous unstoppable trio aka Team Hustle, Grit, and Sizzle aka Team North America. And so far, they have absolutely crushed the terrain and being a fantastic team together on the show. 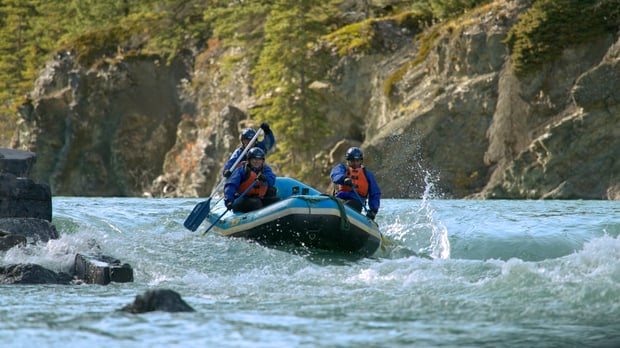 When we finally knew we were facing a month without virtually a third of our team, preparations started. Hustle (Paul), Grit (Mindy), and Sizzle (Dave), started ordering gear, equipment, and extra supplies like it was their jobs, with little information as to what they would be going up against in just a few short weeks. Here in Denver, the team braced themselves and made a plan for getting by without their support, and emotionally for not talking to people we talk with every single day for 28 long days. Saying goodbye to loved ones, not knowing where they were going to end up, was an experience unlike any other. The rest of us here at BWB admired their courage and we even kept a global map so we could all guess their route and where they might be.

Naturally, we were all wrong about their actual path, but it was fun to guess and wonder. When the pandemic hit in 2020, Team North America was told that after months of secrecy, their lips would have to stay tightly sealed for yet another year until the show actually aired. Mum remained the word and the three participants held strong in not divulging any details of the race, despite any of our best efforts to get them to budge or drop hints.

Fast forward to March 29th, 2021, and Race to the Center of the Earth finally made its debut on National Geographic TV. We gathered an intimate group of friends and family at Battery621, added a giant screen, ice cream, and poutine, and had ourselves a hell of a debut night. Regardless of what happens in the final two episodes of the show, we are so incredibly proud of our team members and their sheer determination in the race. Watching their dynamics as a team, their Colorado tenacity coming through is something to behold.

From climbing the sheer face of Cap Trinité in Quebec, to hoisting a full-sized canoe through thick brush and trees, to crashing down a river without a guide, to scaling Mt Athabasca like a casual Sunday hike in CO, Team North America was put to the test. If you haven’t seen any of the Race yet, catch all seven episodes on Disney+ on May 15th! We’d love to hear from you what you think about the show, your favorite team or task, or which of the four treks would you choose to take? 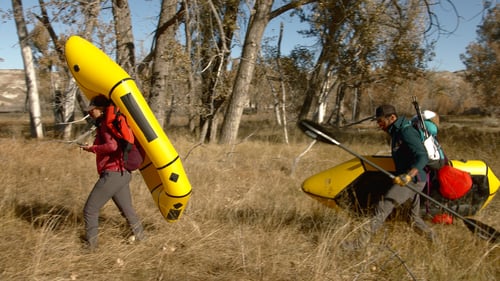 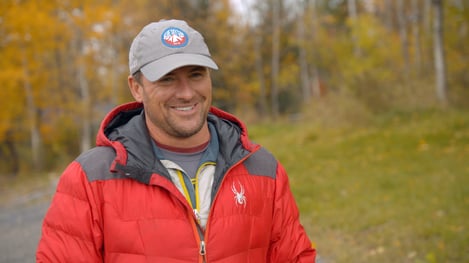 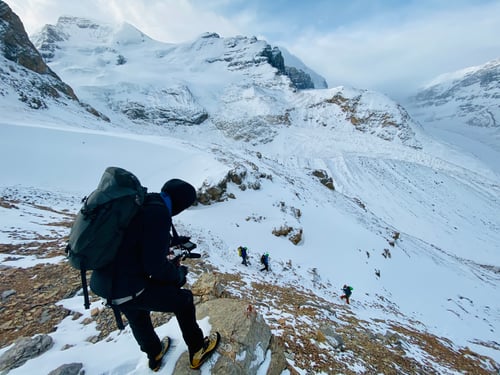 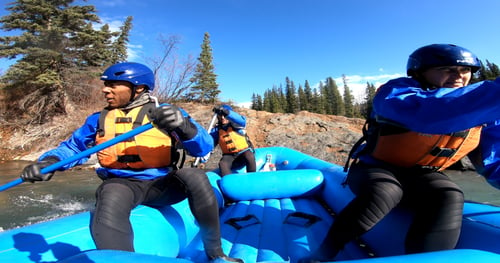 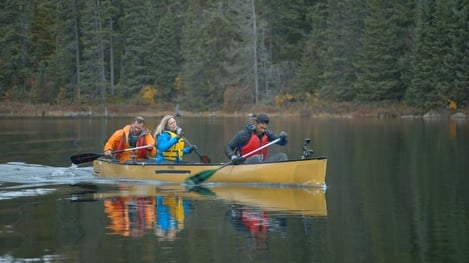 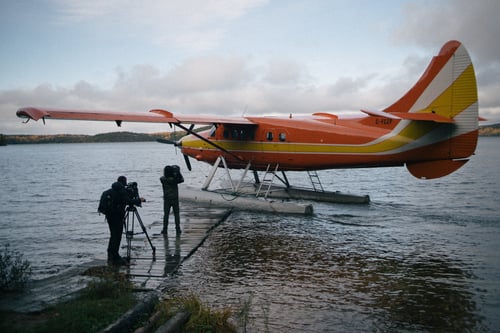 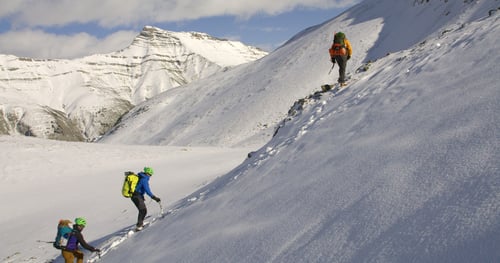 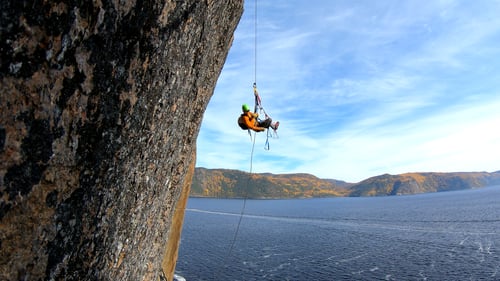 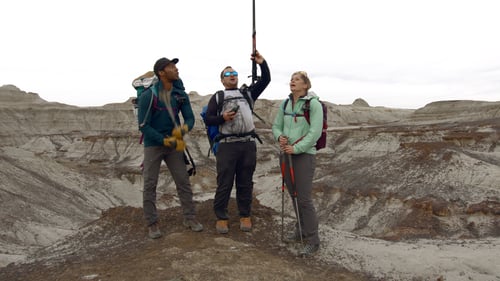 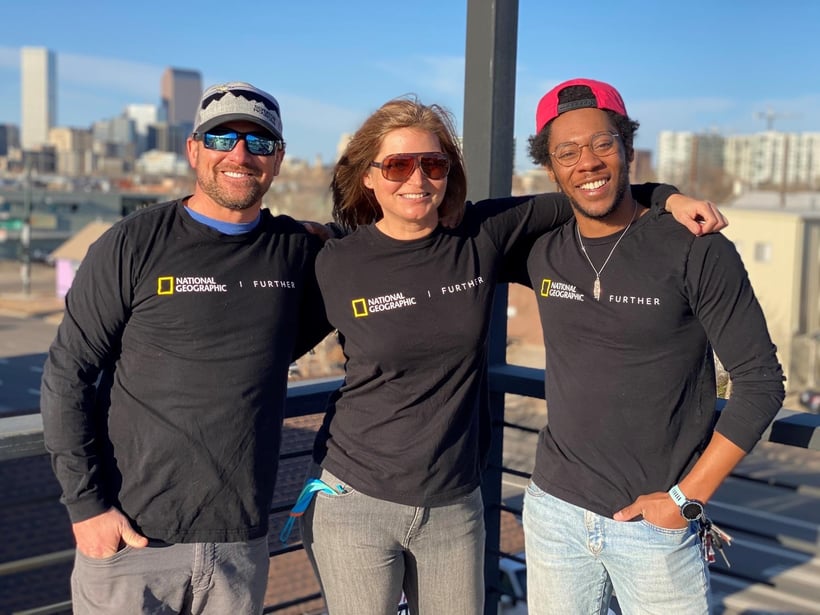