Market Predictions & Tech Layoffs—Tricky And Taboo, But Are They Trending?

As the Federal Reserve raises interest rates to cool consumer demand and bring inflation under control, investors and economists alike feel wary and more cautious than they did in 2021. The idea is that as people spend less, prices should drop, however, it leaves the economy at risk of a recession if businesses slow hiring enough that it impacts demand for new talent.

Even though they responded that they were still concerned with hiring and retention, half of US executives polled in one survey said they were reducing overall headcount. Beyond creating some confusion, what does the push and pull of 2022 tell us about the tech hiring market and where it’s headed for the rest of this year?

Layoffs In Tech Are Trending...What Now?

If you’re a business owner, you should know that it is not just big tech companies that are struggling with headcount and hiring plans. More than 580 start-ups laid off nearly 77,000 workers, according to Layoffs.fyi, a crowdsourced site that tracks layoffs. Click here for Crunchbase’s list of companies that have gone through a round of layoffs this year.

For companies that hired too aggressively early in 2022 and are having trouble hitting their growth goals, one approach to ‘right-sizing,’ is by more firmly establishing your remote work policy. At Meta, Mark Zuckerberg made headlines for stating that he was fine with employees’ “self-selection” out of the company as he set new in-office expectations for those who wished to remain. Other tech companies are taking a less direct approach than Mr. Zuckerberg by asking employees to move to a headquarters city or move on, a slyer method for reducing head count without doing layoffs.

However you feel about layoffs and the direction of the current economy, Crunchbase reports that more than 41,000 workers in the tech sector have been laid off. Chief executive of Lever, Nate Smith reflected on how different this year feels compared to the last two, noting, “Companies are being looked at pretty dramatically differently in the investor market or public market, and now they have to pretty quickly adapt when it comes to making good on their promises.”

In one example, Snap said it would lay off 20 percent of its employees after the company reported disappointing returns in the second quarter. Other tech giants including Netflix, Microsoft, and Shopify have all laid off hundreds of employees already this year. Google and Apple have also reportedly decided to freeze or slow down hiring.

We’ve focused on tech companies that have gone through a series of layoffs so far in 2022, but what about how different States are fairing compared to others? Although the list is similar to 2021’s rankings, tech job postings in California were actually up 30% YoY and also up 42% in Texas. Also in the top five are Florida, New York and Virginia.

Across the U.S., states appear to be stabilizing in terms of the growth in tech job postings, with 90% of states seeing year-over-year growth compared to the first half of 2021. Vermont earned the highest year-over-year growth percentage: a 171% increase in tech job postings compared to the first half of 2021.

Despite the concerning wave of recent layoffs in the tech industry, the number of open tech jobs is slowly returning to more normal hiring levels going into the end of the year. Data shows that the overall labor market still looks resilient with employers adding 315,000 new jobs in August, a slowdown from July’s big increase, but still gaining. Here in Colorado and according to data tracked by Dice, Colorado’s tech job postings were up 49% in Q2 of 2022 versus Q2 of 2021.

What Tech Skills Are In Demand Heading Into 2023?

Within a swath of tech opportunities still available, what are tech’s most lucrative skills this year? Dice’s most recent tech salary report found that expertise in data storage and processing tools such as Hadoop, HANA, and platform as a service (PaaS) can translate to higher compensation offers.

Those with the skills to build and maintain tech stacks and databases, such as SQL and automation, have a great shot at landing a job anywhere, as long as they are keeping these skills up to date. Other highlights from the salary report showed that of the top 50 employers of tech talent, 96% increased hiring in the first half of 2022, year over year.

But where are companies hiring, exactly? While technologists still show a heavy preference for remote and hybrid work, traditional tech hubs such as New York City, Chicago, Atlanta, and San Francisco continue to lead in tech job postings, indicating that the remote work pendulum is swinging back ever so slightly, and that teams still value in-office work. 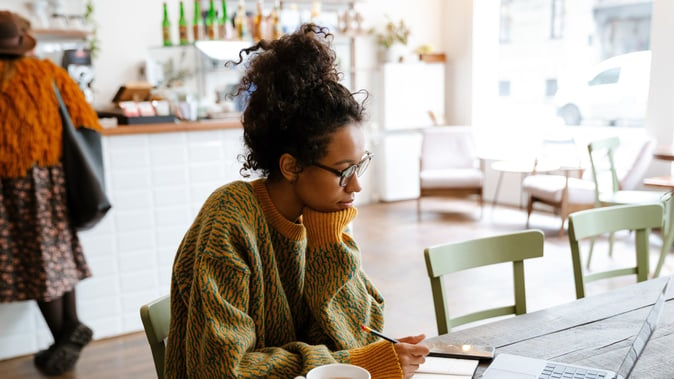 Regardless of their location, plenty of tech companies are still hiring. Many of them expect growth to return, as it did for the tech industry a few months after the initial shock of the pandemic in 2020. However, companies are also under more pressure to turn a profit, and some are struggling to raise the money to do so. In this, even the best-performing firms are being more careful and taking longer to make offers.

Referring again to the 2022 Dice Tech Job Report, the organization also analyzed 3 million tech job postings between January and June 2022 and compared that to job posting data from January through June 2021, as well as historical trends, and found evidence that the layoff blues are premature as demand for tech talent has still grown throughout the first half of this year.

Even with the pullback in hiring in June (which follows previous seasonal trends), postings for the last month of Q3 came in well above those of Q1 2022. With high demand for tech talent prevalent across industries and companies deciding where they stand in terms of remote and hybrid work, technologists have opportunities to work just about anywhere, and they’re doing just that.

Final Thoughts On Tech Hiring & The End Of 2022

Even as some in the tech sector are laid off, workers are still in high demand, economists said. Employment remains strong. The tech industry has added 175,700 jobs so far this year, an increase of 46 percent from a year ago, according to data from CompTIA, an information technology trade group.

While the continued strength of the tech job market may come as a surprise, partial credit can be given to tech hiring maintaining momentum across a wide range of industries. Companies that are not normally categorized as tech companies but are still investing in technology will continue to recruit and hire tech talent at a rapid pace. When it comes to layoffs and wrapping up the end of 2022, you could say it all comes out to a wash as these new job gains outweighed the impact of hiring freezes and layoffs at tech-focused organizations.

Here at BWBacon Group, we know and live what you are experiencing as an employer or job seeker. We believe great recruiting starts and ends with understanding people.