Are you considering a move to The Centennial State? Great choice! The lifestyle in Colorado, specifically the Denver area, is perfect if you love the outdoors, appreciate a good beer, and enjoy the slopes. Also, as of June 2019, Colorado has generated more than $1 billion in total state revenue from the marijuana industry. With the legalization of recreational and medical marijuana, drug testing in Colorado has become a bit more intricate, but marijuana drug testing alone is not the whole picture.

The debate on whether or not employers should drug test employees has become complex among business owners and city dwellers in Denver and its surrounding areas. Here at BWBacon, we understand the complexity behind drug testing in Colorado. That's why we created a helpful post covering the types of companies that typically drug test, what they test for, and why. This type of information can help you begin your job search based on your lifestyle.

The Basics Of Drug Testing In Colorado

Drug testing is a normal part of the hiring process in Colorado and other states. Many companies have strong reasons to test potential employees for drugs. To help you prepare and understand the expectations, we want to layout why drug testing can be necessary, what types of jobs require drug testing, and how the tech industry has changed over the years.

Sometimes, when people initially think of Colorado, they only think about companies testing for marijuana. It's important to know that marijuana is just one of many drugs included in standard tests. One of the most used drug tests is known as a "10-panel" test. In addition to testing for the most commonly abused drugs like marijuana, amphetamines, opiates, cocaine, and PCP, the 10-panel drug test also screens for:

As you can see, you'll need to be fully prepared for your pre-hire screening to ensure that you don't fail a test for something like pain killers if you've recently been injured. Working with a recruiter or mentor can help you prepare for these types of tests.

What Types Of Companies Perform Drug Testing In Colorado?

Typically, if a company has many legal parameters, is government-owned, or is in the healthcare industry caring for people, they have reasons to perform drug testing for employees. If employees handle secure, confidential, or financial information, then those are crucial reasons for performing drug tests and maintaining liability.

According to a recent study conducted by Quest Diagnostics, drug use among American employees, as measured by the percentage of employees who tested positive in urine drug tests, is at a 14-year high, standing at 4.4 percent. Marijuana is the most popular substance, with 2.8 percent of employees testing positive for the drug.

Those industries that typically require regular drug screens include:

While this list may seem big, it's a minority of companies surveyed. Many companies skip drug testing altogether. Only 1.47 percent of job postings in the US, on average, mention pre-employment drug tests. In addition, only 0.66 percent require regular drug screenings. With that being said, you'll always want to get confirmation before heading into the interview process to ensure you're prepared.

You can search for specific companies or even ask current employees to see if they drug test before heading into your interview. 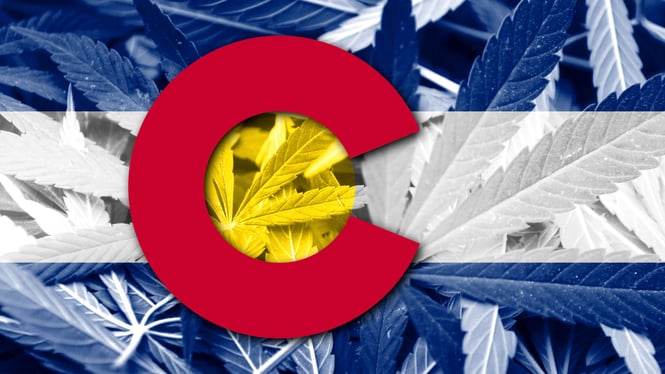 A recent survey revealed that Colorado employers are relaxing their marijuana testing policies with fewer of them firing workers who test positive for weed. In 2014, when marijuana became legal, nearly 60 percent of companies fired employees who tested positive for weed. Today, only 48 percent of Colorado companies with "well-defined" drug testing policies will fire a worker for a first-time positive test for pot, according to data collected by the Employers Council in November.

Likely, the job you're seeking in tech does not test for drugs. For example, tech giant Google doesn't drug test. Whether an employee is stationed in Denver, Ann Arbor (both of which have legalized recreational weed), or Silicon Valley, they won't be tested. It's the same for many other tech companies. Whether or not it's a stereotype, the presumption is that some tech developers enjoy marijuana. That's why if a company's employees are productive and getting their work done, they don't care if their employees enjoy a little pot in the comfort of their home.

Not All Colorado Companies Drug Test

With 1 in every seven adults in Colorado using marijuana, even the most conservative employers have to rethink their testing policies. Many choose to drop marijuana from drug testing requirements, but some decide to keep it in — like those in the industries mentioned above.

There are plenty of companies who don't find it necessary to execute drug tests. In turn, they evaluate candidates based on their skills and ideas alone. Like Google, as long as you're productive, you can do what you want at home. Just come into work on time, be pleasant and productive, and you should be golden.

You'll likely find this type of policy in the ever-growing Denver startup scene. Many newer software companies that are working on projects outside of finance or healthcare don't screen for drugs.

In addition to not caring about what you do in your free time, many employers (mainly outside of the tech industry) have no choice but to loosen their policies. According to experts, many struggle to find employees if they test for marijuana. And if they choose to fire them, they "can walk across the street and go get another job." So, as you can see, there are many triggers impacting companies' choices to perform drug testing in Colorado.

Be open and ask questions. It's always good to be open as a candidate and honest about your concerns. If you have questions about drug testing and background checks when applying for positions in Colorado, reach out to your recruiter.