Trend Tracking: New Meanings For Working Off The Grid In CO & The U.S.

When you’re surrounded by people who voluntarily venture deep into the woods and mountains here in Colorado, “off the grid,” alludes to a different existence and detachment from modernized life. Picture an isolated cabin in a tiny town or the wilderness somewhere, that still has access to the internet, where the only reason you’d miss a meeting is if you didn’t bring a watch and lost track of time on your sunrise mountain hike. You occasionally drive down the hill to get your groceries or send a piece of mail, uploaded documents in a coffee shop, then return to working peacefully against a backdrop of nature. Sounds pretty serene right?

With inklings of city landscapes changing and people moving amidst a pandemic to experience somewhere new, many are asking, is a modern version of working off the grid a possibility? The longevity of remote work begs the question for many, if I can work in my home for 10 plus months, where else could I work? This post will explore the implications of shifting perspectives on work, localized pay, and working off the grid in the sense of achieving this up and coming idea of work-life balance.

The New Wave Of Working Off The Grid

So, you want to get out of dodge, start fresh, or reject city life for a slower pace. Sounds great in our daydreams, but can you actually hold a full-time role and live far from the place where your coworkers will potentially go back to working together in person? The answer is an underwhelming maybe, but there is always hope in a “maybe.”

In the traditional sense, “off-grid” means living without dependence on public utilities and implementing a self-sufficient lifestyle. However, it has come to represent a general disavow of overly urban culture in favor of settling places with a lower cost of living, access to nature, and a different pace. Very on brand for Colorado, we know. The idea is gaining nationally too. Depending on who you ask, the concept is defined differently, with various motivations and desires behind what people are seeking.

Working off the grid also means:

Remote work has made some people look less fondly on urban centers. As a growing list of tech companies announced continued remote work through 2021, many of their employees jumped at the chance to move somewhere else, at least for now. If you are genuinely interested in skipping town, it really depends on what you do and the flexibility of the company you work for. The next few months will be very telling in how business decision makers will proceed with their remote work policies.

While we are still in the waiting game, it is in fact very possible that many will follow the lead of companies like Twitter, Facebook, Slack, Shopify, and Zillow whose employees never have to come back to an office if they so choose. Other elements come into play with extended remote work, like salary changes due to local market’s cost of labor.

After A Period Of Stagnation, Americans Are Moving Again

After decreasing mobility rates across the U.S. for years, the pandemic may actually reverse the trend on how many people want to move, or seek a lifestyle that feels more off the grid. One UpWork study of over 20,000 people’s moving intentions estimated that between 14 and 23 million Americans are planning to move because of remote work. In the most rapid labor market transition since mobilization for World War 2, nearly three times as many people cited they are planning to or want to move as in 2019.

According to an Indeed Survey of over 600 tech workers, over 50% of them plan to move in the next year. The same survey found that six out of ten tech workers were willing to take a pay cut to continue working from home and choose where they live with more freedom. Additionally, 39% respondents thought the new virtual job markets would help them apply to desirable roles that were out of the question due to location before the pandemic.

What do these insights tell us? First and foremost, that people want to keep working remotely. The job market is shifting, but employers stand to gain a huge advantage if they lean into their ability to attract new employees from different locations. In this way, they can edge out competitors that insist on hiring local and in-office workers. In a dramatic about-face from Yahoo executives banning telecommuting and Google’s CFO being publicly reluctant on WFH just a few years ago, we now know that employers and employees alike can benefit from the current situation, with minor adjustments.

It’s still early, but more tech companies than you think are making a gradual transition to a mostly or fully remote workforce. According to LinkedIn, remote work job postings have more than doubled since last March. Searches for those positions have increased by 60%, reinforcing the trend. Even Hawaii launched a program to attract remote workers, hosting a group of up to 50 people to participate in helping local non-profits to strengthen the community for 30 days while they work in paradise. 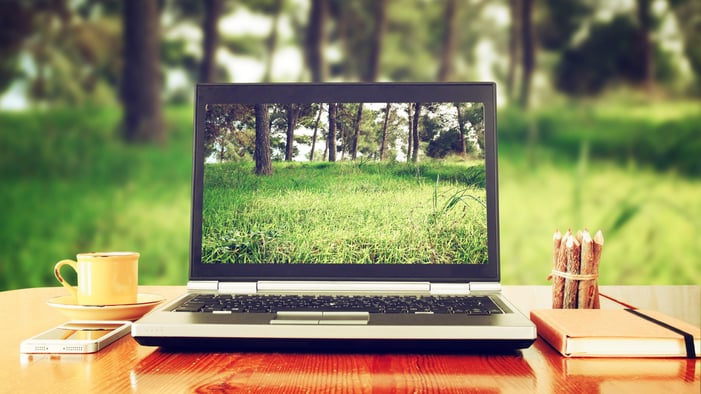 How Does Remote Work Impact Salaries?

These changes in policies, also in the mindset around tech hiring, could result in salaries gradually rising in new regions and more evenly across the U.S., while possibly stagnating or balancing out in tech hubs over time. More and more companies will have to grapple with these decisions, and put effort into explaining their salaries and decision-making surrounding compensation due to cost of labor vs living markets.

One interesting example is Reddit. The popular social media platform is “eliminating geographic compensation zones in the U.S., putting all employees on the same footing regardless of where they live and work.” Taking a stance on localized pay, their compensation ranges will now be tied to the expensive tech areas on either coast. Only time will tell is this appeal to employees and stance on equal pay for equal work will pay off for Reddit, and others.

This move does bring up a lot of questions and controversary around the right approach to localized pay. Companies like Facebook and real estate platform Redfin are going the direction of a localized pay system based on the taxes and cost of living of certain areas, or categorizing larger, mid-size, and smaller American cities into compensation tiers. Which brings up the question, is it fair to pay someone less for doing the same job just because of where they live?

As one Bay-Area tech recruiter put it, “even if you invoke the geographic disparity arithmetic based almost entirely on housing costs, what if a new openness to telecommuting means that more women or people of color can aspire to some of these jobs? Are you going to pay them less than the mostly white and Asian-American engineers in the Bay Area?”  The dynamics are complicated, to say the least. As more people want to work off the grid, the tech industry will have to reckon with these fluctuations.

How Does Access and Security Play Into Off-Grid Work?

Whether or not you can work remotely is one thing, how to do so is another. If you’re considering full-time remote work, the logistics of having reliable service and access to the technology necessary to do your job is a key piece of this lifestyle choice. For some, working off the grid can also refer to greater information privacy, or implementing more serious steps to work and surf the web in the most real sense of “incognito.”

An growing number of privacy and security organizations are noting the importance of using VPNs in protecting your personal data and securing your device, no matter where you work. Through a process called tunneling, a VPN is a set of servers that allow users to connect to them through their ISP. Essentially, any data that is accessed through a VPN is “more secure and encrypted than simply using a regular home set up or one found at a coffee shop.”

Everything from browser history, downloaded files, personal information, or more sensitive work data becomes much harder for those with bad intentions to skim from your device. VPN services are one way to ensure your data and your company’s data are more secure to internet threats. Increasingly protected cloud networks and types of authentication beyond passwords will be the future of securing data as our home and work lives become even more interconnected. Bringing a greater awareness to data privacy and closing vulnerabilities to online attacks will fall on both companies and individuals.

Furthermore, depending on where you decide is off-the-grid enough for your style, access to internet itself can be an issue. Yet again, the modern world is staggeringly awesome, and there are a multitude of solutions like Verizon hot-spots and other tech that make working just about anywhere possible.

These insights are thought-provoking; it is both interesting and mildly unnerving to watch so much change unfold in such a short time. The pandemic has kept us on our toes, and in many ways accelerated inevitable transitions. However, much of the development can be viewed as positive change. Tech has always been an industry that embraces new ideas and faces learning curves with ambition and experimentation. Perhaps allowing more people to live different lifestyles and work off the grid will bring unexpected transitions and innovations.