When it comes to bridging the gender equality gap in tech, there is still progress to be made. Despite remaining an underrepresented group in venture capital funding, there are many women defying the standard and crushing the startup game. We consider ourselves lucky to know and work with many of them here in Colorado!

Studies analyzing venture funding and the financial success of women-led companies have consistently shown that women-led startups are more financial viable and profitable overall. If that’s not enough evidence that investors should consider funding women-led startups, a Pitchbook report from November stated that, “female-founded companies raised $40.4 billion across 2,661 deals through the first three quarters of 2021, shattering the previous annual deal value record of $23.7 billion in 2019. A decade ago, only $3.6 billion was invested in all female-founded startups.”

With such great momentum, we found it fitting to take a look at influential women in tech and where they are headed for the rest of 2022.

Colorado Is #1 For Women-Owned Companies

Did you know that Colorado was ranked the best state in the country for women-led startups for a second year in a row? 2.37% of all women in Colorado are self-employed in their own incorporated business, and women helm 29.2% of employer firms in the state. With great employment numbers and continued growth in the Boulder and Denver tech hubs, Colorado was the only state to rank in the top 10 for all give gender-specific metrics that were measured in the study.

5 Tech Companies To Watch That Are Owned By Women

Reporting that its monthly recurring revenue had tripled since the beginning of 2020, Brandzooka is still riding the wave of growth from the last several years. Recently promoted to CEO, Kelly Dotseth founded Brandzooka with Alex Bogusky in 2015, with the mission of making it possible for companies and agencies of any size to place targeted ads on prime-time TV and premium digital properties worldwide for as little as $5. As a 2021 winner of Inno on Fire's Inno Picks category, there’s only opportunity ahead for Brandzooka.

When asked what their greatest accomplishment of last year was, Dotseth replied, “we feel fortunate to be in an exciting, burgeoning digital marketing space, providing what we think is one of the neatest pieces of technology that exists in martech [marketing tech] to businesses and agencies around the world. Our biggest accomplishment this year has been the build of the exciting new version of Brandzooka’s platform that we’re about to release — stay tuned.”

An entrepreneurial powerhouse, Odunayo Eweniyi is using her ideas for good. She was 24 years old when she co-founded Piggybank (and PiggyVest) in 2016. As the first ever online app for personal savings and investment in West Africa, it is now one of Nigeria’s most successful fintech startups.

Their mission to empower people to better manage and save their money, and it already has over a million users. On top of this app for individuals, she also co-founded FirstCheck Africa together with Eloho Omame. An angel fund and investor community led by women, for women. As women are underrepresented both in Africa and globally, FirstCheck aims to address this by investing in women-led startups from the get-go, and helping them partner with organizations that ensure access to important networks and resources.

In an interview with Akindare Okunola for techcabal.com, Odunayo credits her success to her willingness to learn: “I’ll learn anything I need to learn as long as it moves the needle. That’s just how it is. If I need to be X company’s COO, best believe I will learn everything I need to be that company’s COO. I don’t have a lot of life philosophies, but one of them is to do your absolute best in ANYTHING you’re doing. Anything at all.” 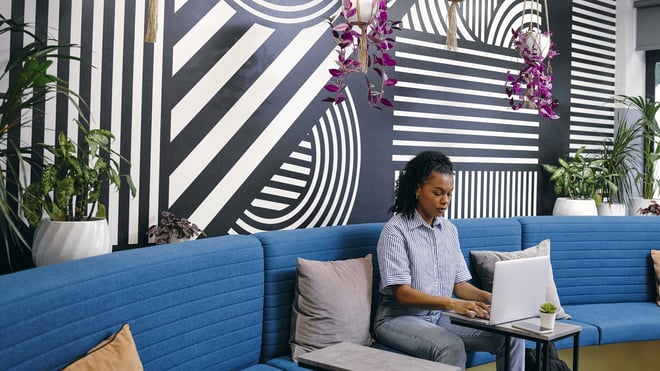 Melanie Perkins is the CEO and co-founder of Canva, a web-based platform that brought graphic design to the masses. Frustrated by the “lack of user-friendly tools available to complete everyday graphic design tasks,” she and her now husband, Cliff Obrecht decided to create their own platform. As of September 2021, Canva is worth US$40 billion (it was worth US$3.2 billion just two years ago), making Perkins one of the youngest ever female founders of a tech ‘unicorn.’

When asked how she’s supported her team and they continue to expand, she noted that “as a leader, I feel my job is to set the vision and the goals for the company, and then to work with everyone to empower them to dream big and crazy.”

From advertising to investing to designing, there is no limit to the industries where women have built great companies from the ground up. That’s why actress Angelica Ross taught herself to code and has been a longtime activist within the tech industry.

She founded TransTech Social Enterprises to be an “incubator for LGBTQ talent…a co-working, co-learning community dedicated to empowering trans, lesbian, gay, bisexual, queer people and allies with practical, career-ready skills.” Started in 2014, TransTech is a thriving community where you can get access to workshops, professional equipment, trainings, mentorship and job opportunities, all resources to accelerate member’s careers in tech.

Launching the annual TransTech Summit in 2017, Ross continues to expand opportunities and pathways for underrepresented groups of people in tech. On this, she told Career Foundry, “I discovered my path to independence through technology, as well as the potential for a global lifeline for trans people around the world who were looking for the same.”

In 2022, 10 of the 100 or so new unicorns that have been minted have at least one female co-founder. Progress often feels slow, but this level of expansion for women is palatable. Joining this high-profile club is Florida-based payment company Stax, co-founded by Suneera Madhani and Sal Rehmetullah.

These siblings grew their business out of their parents’ home starting in 2014, and since then they’ve grown 500% in the past three years and processed more than $23 billion in payments for 22,000 businesses nationwide. Suneera told Crunchbase ““As a minority woman and executive in fintech, I’m no stranger to discrimination and doubt…We share this milestone not just with our team, but every person of color trying to hustle, build their own business and make history.” 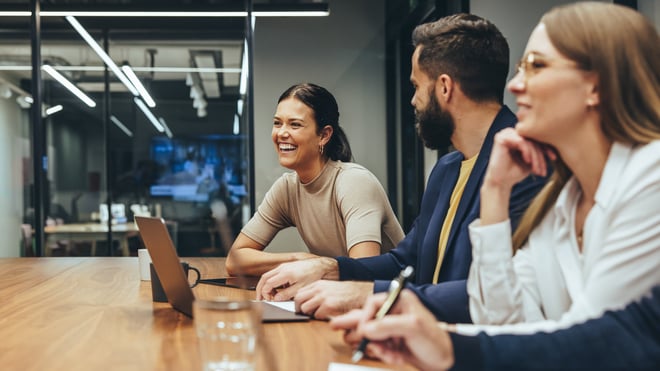 Find even more inspiration and stories of women-led companies in the following articles: